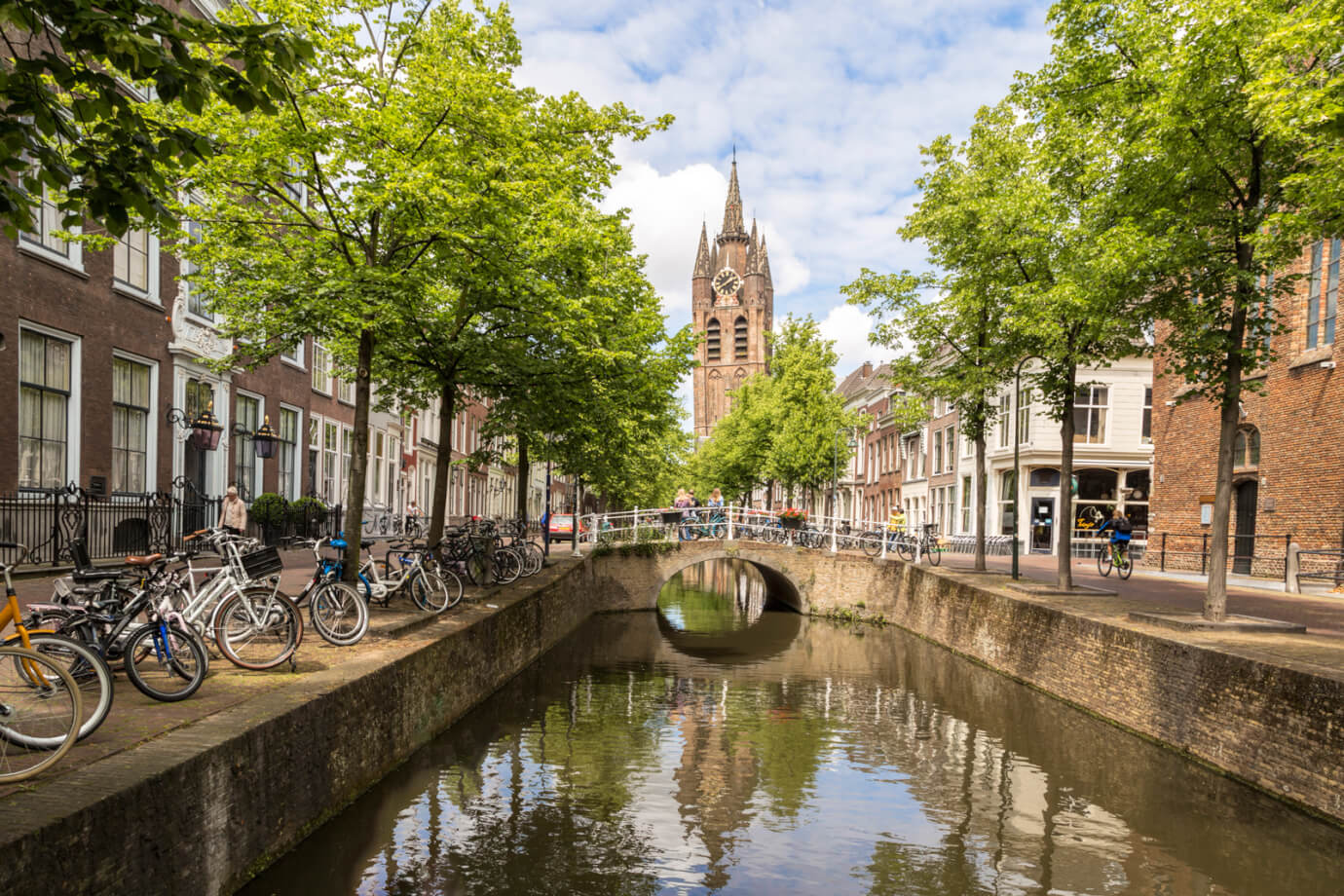 Delft: A city steeped in history

Soak up cultural and historical delights in the Dutch city of Delft.

Home to the infamous Delft Blue pottery and painter Johannes Vermeer, Delft has plenty to offer those looking to immerse themselves in Dutch history.

Delft in a nutshell

A picturesque canal-ringed town, Delft is known first and foremost for its signature blue-and-white Delft Blue pottery. In addition to its namesake Delftware, the city was also the birthplace of Johannes Vermeer, a painter from the Dutch Golden Age who was best known for his work depicting women in everyday domestic scenes, most notably the mysterious Girl With The Pearl Earring.

The western city also plays an important role in the history of the Netherlands. Delft was home to the Dutch Prince, William of Orange. When he died in 1584, the official royal burial town of Breda was under Spanish control. Because of this, he was laid to rest in Delft – a tradition that continues today for the Dutch royal family. Johannes Vermeer also shares the place of his burial, the Nieuwe Kerk.

Trips to the Delft pottery museum and the Nieuwe Kerk are sure to please art and history lovers. While a stroll around the charming Old Town (see if you can spot a Delft tile!) is a delight for all.

Things to do in Delft

If you’re a collector (or admirer) of Delft pottery, it’s worth visiting the Royal Delft Experience, the last remaining Delft pottery factory from the 17th century. Also known by its Dutch name, Delfts Blauw refers to hand-painted blue and white porcelain and ceramic tiles. Here, you can discover the history and how-to of Royal Delftware, complete with a demonstration by Delft pottery painters.

History buffs will love Museum Prinsenhof, while art lovers shouldn’t miss Delft’s Vermeer Centrum. Here you can learn about not only the man himself, but about the art movement he inspired. Delft School is a style of painting from the Dutch Golden Age, and depicts images of domestic life, courtyards and the city’s streets. Along with Delft Blue, the Vermeer Centrum is a Delft highlight.

If you’ve only got a short time in the city, consider taking a canal cruise. This way, you’ll get to admire the city the way it was designed to be admired – from the water. Begin your cruise from the city’s Koornmarkt canal, where your boat will navigate through the historic network of canals. Take in the impressive Oude Kerk (Old Church) – also known as the Leaning Tower of Delft – which is also taller than its counterpart in Pisa, Italy. End your tour at the Nieuwe Kerk, and enjoy a stroll of the charming streets of the neighboring Old Town.

Located in the southwest of the Netherlands, the picturesque town of Delft is only an hour’s train ride from Amsterdam, the capital. Delft’s main station is located along the edge of the Old Town, making train travel a quick – and convenient – way to visit this charming city. So book your Holland Travel Ticket and spend a day in the home of Delft Blue.