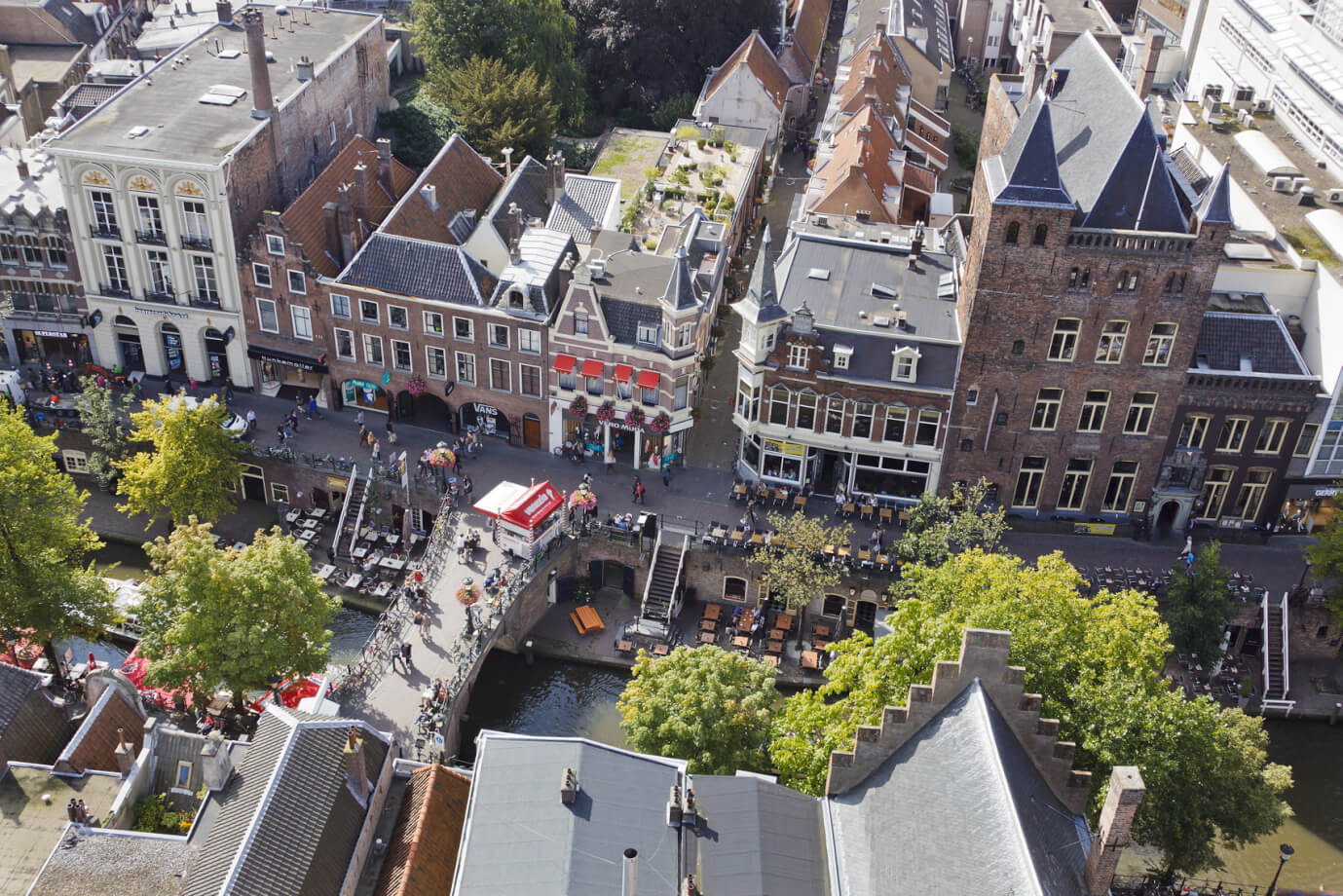 Utrecht: Where the Romans roamed

Visit one of the oldest cities in the Netherlands.

As one of the Netherland’s oldest cities, Utrecht is more than canals, cobbled lanes and old gabled houses.

Utrecht in a nutshell

The city of Utrecht lies in the center of the Netherlands. In Roman times, the Rhine passed through present-day Utrecht, which was then known as Traiectum. But it wasn't until 800 AD – with the consecration of its first bishop – that the city gained real prominence. Nowadays, the Dutch city has maintained its compact medieval center and has many inspiring museums, cafes and shops. There are a few more bicycles, too – property of the students attending the prestigious Utrecht University, amongst others.

Things to do in Utrecht

Like many cities in the Netherlands, Utrecht has its fair share of canals. One of the elements that make Utrecht so unique: its split-level canals. Take a look at the Oudegracht and the Nieuwegracht – dating from the 11th and 14th century – for instance. The lower level is where warehouses were located in the 13th century. They now make the perfect location to enjoy a snack and drink at water level.

Another key attraction is the Dom Tower. It has survived storms and occupations, and a trip to the top will reward you with fantastic views of the city. To get there, you will have to work for it, though. The summit of the highest church tower in the Netherlands is only accessible with a guide. Oh, and by climbing the 465 steps (no elevator!).

For a unique and musical experience, head to the Museum Speelklok. Inside, you’ll find a whole range of musical instruments, all with one thing in common: they are self-playing. Here, you can immerse yourself in everything from musical boxes to traditional Dutch street organs. For something more serene, visit the Oude Hortus, a wonderful garden in the middle of the busy city. Or admire the architectural and design work of Gerrit Rietveld at the Rietveld Schröderhuis.

Children will love getting up close and personal with the little white rabbit from Utrecht at the Nijntje (‘Miffy’) Museum. Want to know more about Miffy's creator? Then, visiting the Dick Bruna Studio at the Centraal Museum Utrecht is a must.

Is someone in your group obsessed with trains? Then, get over to the Spoorwegmuseum (‘Railway Museum’), located in the old Maliebaan station, which closed in 1939. You’ll be able to take in almost 175 years worth of train history. Travel on the Orient Express. Explore the 19th-century royal waiting room. And travel back in time via interactive and engaging activities.

Utrecht’s central location means Utrecht Central Station is the main domestic railway hub in the country, making traveling to or from the city a piece of cake. Located about 45 kilometers (28 miles) south of Amsterdam, an Intercity train ride will take you about 27 minutes.