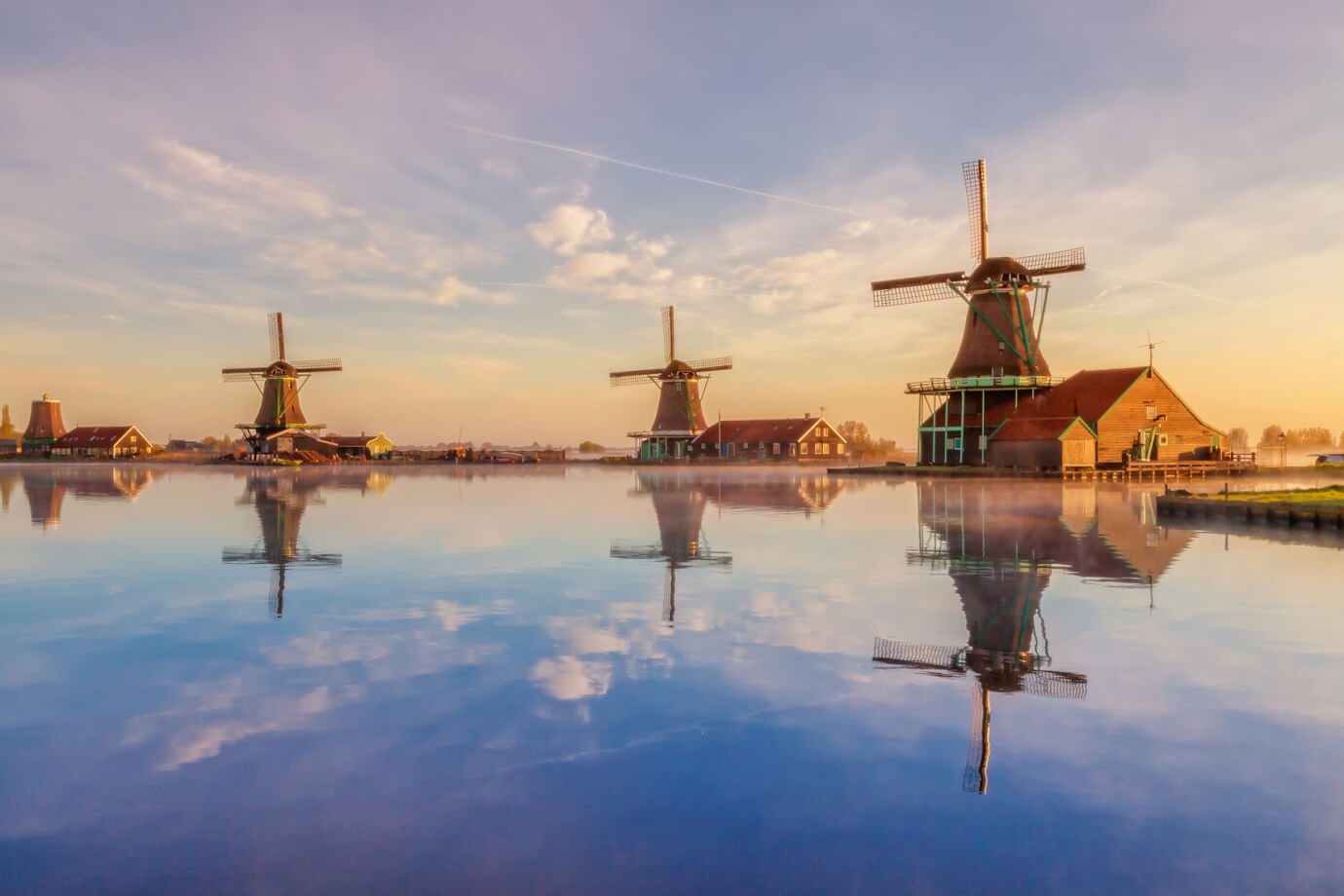 Learn why the windmills have helped shape the history of the world.

One of its most iconic symbols, the windmill has played a vital role in the history of the Netherlands for centuries. There are still more than 1,000 windmills scattered throughout the country, with many still in use. Some of the best-known Holland windmills include those in UNESCO Sites Kinderdijk, Zaanse Schans and Schiedam. The oldest remaining windmill can be found in the province of Gelderland: the Zeddam tower mill, which was first written about in 1451.

Get to know: the Netherlands’ windmills

Historically, windmills in Holland had many different purposes; they utilized wind and water to generate energy to process, mix, grind and cut everything from hemp and grain to oil, paint and wood. The Zaanstreek paper mills were so famous that they were chosen as paper provider for the American Declaration of Independence. There are different types of windmills in Holland, which means the kind you see today in Kinderdijk don’t look like Amsterdam’s De Gooyer (which houses the popular craft beer brewery ’t IJ at its base).

These UNESCO World Heritage listed South Holland windmills are a water-management system from the 18th century. The 19 windmills help to control and prevent flooding in the region, but are as revered for their engineering as they are for their beauty. Each year, vacationers flock to the Kinderdijk windmills to learn more about their unique and significant history. You can go inside 2 of the museum windmills and stop by the Wisboomgemaal Visitors’ Centre and the Windmill Workshop during your visit. Their close proximity to both Rotterdam and Dordrecht make it the perfect day trip.

The Dutch are true innovators when it comes to science and technology; their forward-thinking approach to climate change and water management is a good example. Although windmills were historically used to produce energy, these days wind turbines – which produce electricity – have taken over this function. But there are still many places to go if you want to see a traditional Dutch windmill. For example, book a Day Trip to Zaanse Schans, and be transported to Dutch life as it was during the 18th and 19th centuries.