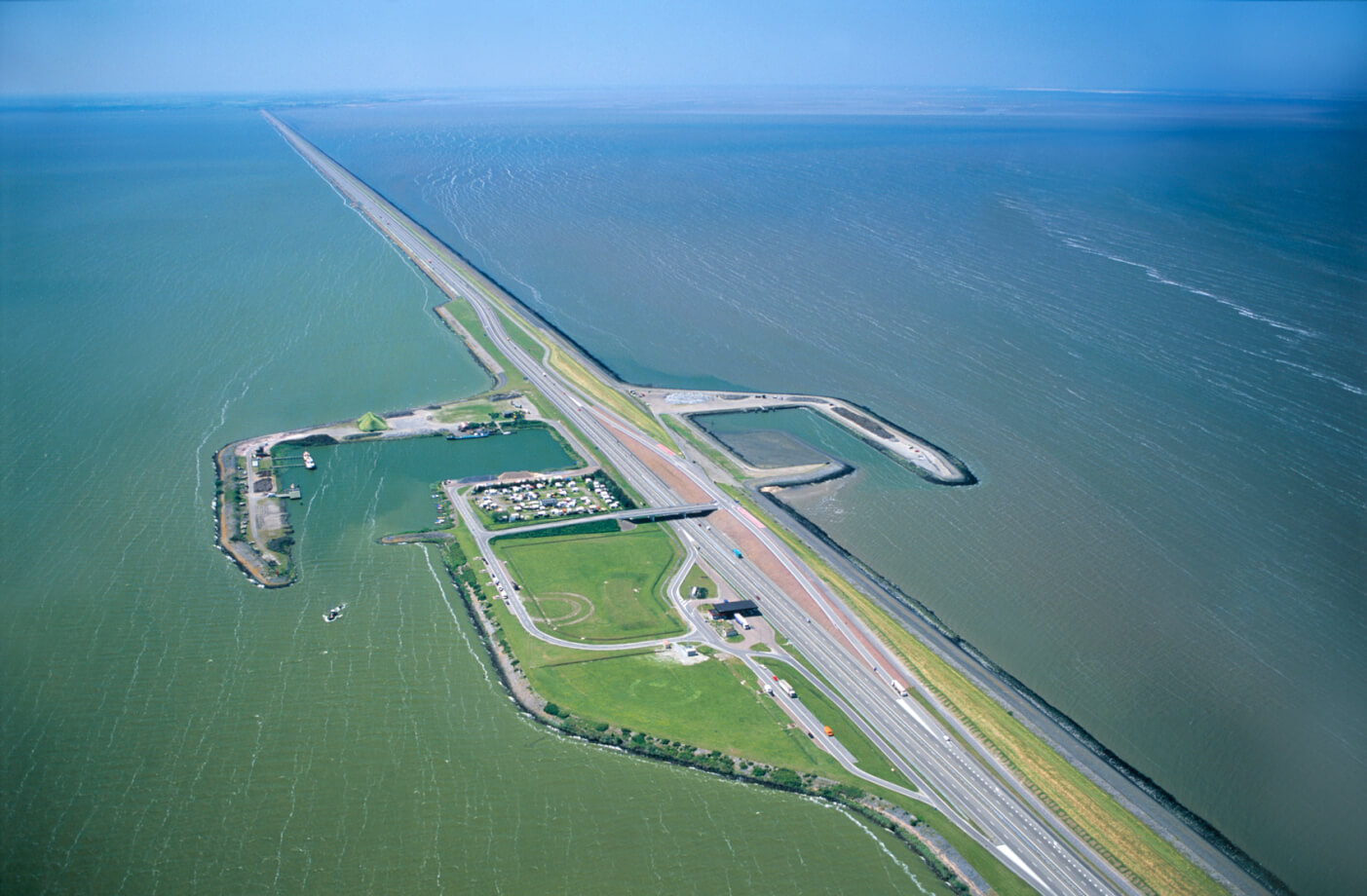 A shining example in the Netherlands’ rich history of water management.

The Dutch have a long, unwavering history with water. Otherwise known as the Lowlands, 26% of the Netherlands’ land area is actually below sea level, while a huge 50% is only 1 meter above! These numbers mean that learning to manage water is a huge part of Dutch life – now, and throughout history. From the middle ages, the Dutch have been defending and reclaiming land from the sea. The Zuiderzee Works, IJsselmeer and the Afsluitdijk are just a few examples.

Cornelis Lely and the Zuiderzee Works

The Zuiderzee Works refers to a manmade system of dams and lakes, led by famous water engineer, Cornelis Lely. Lely’s proposal consisted of damming the shallow but far-reaching waters of the Zuiderzee from the connecting Wadden Sea. This ended in the Zuiderzee becoming a lake, which is now known as the IJsselmeer. Part 2 of Lely’s project was raising land from water. At the completion of the Zuiderzee Works in 1933, what resulted was the largest land reclamation project in history. And of course, the creation of an entirely new province: Flevoland. As a testament to its creator, one of Flevoland’s largest cities, Lelystad, is named in Cornelius Lely’s honor.

Bordering the provinces of Flevoland, North Holland and Friesland, is the IJsselmeer lake. What used to be the Zuiderzee, IJsselmeer is now an 1,100-square-meter lake: the biggest in the whole of Western Europe. The Zuiderzee project also changed the salt water of the Zuiderzee to the freshwater of the now existing lake. IJsselmeer now provides drinking water for the neighboring provinces of Groningen and Friesland. It’s a popular water sport destination too, and is well worth visiting for its beautiful low-lying landscapes.

Cycle across the Afsluitdijk